Long before Willam Penn’s famous treaty with the American aboriginals we call “Indians,” European settlers explored the wilds of what is now known as Bucks County and made their homes here. The trickle which started some years after Columbus made his startling “discovery” increased with each successive expedition to America. Lower Bucks County was much the same as the rest of the country, a few faint Indian trails and an occasional Indian village being the only signs of human habitation. 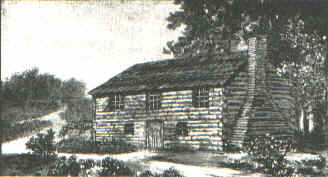 When William Penn began, in 1682, to organize his “New Deal” in government in the new country, he had the nucleus of what was later to become one of the most solid and prosperous centers of population, in the country. On June 23, 1683, William Penn bought from the Lenni Lenapes the land “lying between the Pennepack and Neshomamic creeks and all upon the Neshomamic creeks and backward.” General Davis, in his “History of Bucks County” says “the surface of the township is generally level, with but little broken or untillable land. There is no better land in the county than the plains of Warminster which extend eastward to the hills of Neshaminy.”

There were no legal subdivisions in the county before 1692, although for the convenience of collecting taxes and for other municipal purposes, limits and names had already been unofficially given to many settlements. Southampton and Warminster were so called as early as 1685 by the provincial council in drawing up the county borders. The Bucks County court, in 1692, formed the township limits throughout the county for the purpose of more convenient tax collecting. This was done by a jury which met at the Neshaminy Meeting House in Middletown, situated within a mile of what is now known as Langhorne. The settled parts of the county were divided into five townships, four others being mentioned but not returned as geographical subdivisions. For purposes of municipal administration, our Township was described as “Southampton and the lands about it, with Warminster, one.”

In 1703, the court recognized Southampton as a township in itself and it was permitted to elect its own highway supervisor. In March, 1711, Southampton petitioned the court to be separated completely from Warminster in county assessments and tax collections. The petition was granted and the separation became official. For some reason, which has been lost over the years, Southampton in 1712, again petitioned that it be allowed to “remain a township in its entirety.” This has led to some confusion as to the actual date of separation. McReynolds, in his “Place Names in Bucks County” gives the date 1712. Davis’ History of Bucks County states: “The two (Warminster and Southampton) elected but one constable and overseer for several years, and they were not entirely separated in their municipal administration until about 1712.” Other sources are at variance as to the date when each became “a township in its own right,” but it is generally conceded that the first petition on the part of Southampton was made and granted in 1711.

Warminster was named after a small town in County Wiltshire, at the western extremity of Salisbury Plain, England. The name is of Saxon origin – WAR meaning a fortress and MINSTER meaning a church of a monastery. 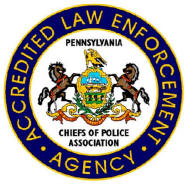 The cornerstone of the accreditation strategy lies in the promulgation of standards containing a clear statement of professional objectives. Through analysis existing operations can be adapted to meet these objectives, and once procedures are in place, a team of independent professionals is assigned to verify that all applicable standards have been successfully implemented. The process culminates with a decision by the Pennsylvania Chief of Police Accreditation Commission that the agency is worthy of accreditation.

The Pennsylvania Law Enforcement Accreditation Program was designed and developed by professional law enforcement executives to provide a reasonable and cost effective plan for the professionalization of law enforcement agencies within the Commonwealth. The underlying philosophy of the program is to have a user-friendly undertaking for the departments that will result in a “success” oriented outcome.

The process involved complex work by agency personnel over a period of approximately 2 years, creating, modifying and implementing policies and procedures. In early June the Warminster Police Department was assessed by a peer group of law enforcement professionals who recommended accreditation to the Commission.

The Township Board of Supervisors is charged by the Commonwealth of Pennsylvania with, among other things, the general governance of the Township and the execution of legislative, executive, and administrative powers in order to ensure sound fiscal management and to secure the health, safety and welfare of the citizens of the Township. To email a supervisor directly, please select one from below.

Supervisors meeting replayed on the following days and times (subject to change without notice) on Verizon Channel 45 and Comcast Channel 22. They can also be seen anytime on our YouTube Channel . . . www.youtube.com/user/WarminsterTownship 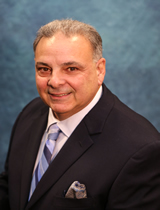 Mr. Hayes is presently serving as Chairman of the Board of Supervisors. Prior to his election to the Board of Supervisors in January 2020, he served as chair of the Warminster Township Environmental Advisory Council, former chair and member of the Budget Committee, member of the Pension Investment Committee, and an alternate on the Planning Commission.

Ken has resided in Warminster Township for 25 years. 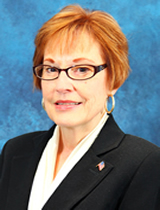 Ms. Frescatore is currently serving as Vice Chairman of the Board of Supervisors. She has resided in Warminster for 33 years. She was the former chairwoman of Warminster Township’s Communications Board. In addition, Katherine was a volunteer coach for a variety of Warminster’s Intramural sports teams for 27 years. She coached boys’ baseball, boys’ and girls’ basketball and girls’ softball. 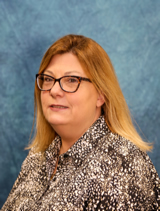 Ms. Owens is currently serving as the Secretary of the Board of Supervisors. She has lived in Warminster with her husband and two daughters for 15 years. She is a graduate of Bucks County Community College, Acme's First Female Produce Manager, a 33 year member of Local UFCW 1776, and is proud to be a UFCW 1776KS business representative. 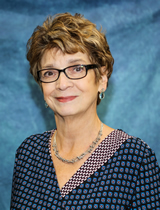 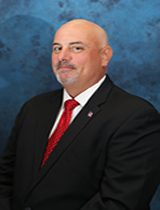 Mr. McKee is presently serving as a member of the Board of Supervisors. . Prior to his election to the Board of Supervisors in January 2012, he served as Citizen Advisor to Parks and Recreation Board (2009 -2011), and the Ad hoc Tri Centennial Committee that was created in 2010 to celebrate the 300th Anniversary of the Township. Mark worked tirelessly to raise the funds necessary to support the Warminster Community Park Safety Town Committee Rotary project, a kid's park to teach the kids the rules of the road. He is committed to the Board's goal of working to help residents address storm water and other quality of life concerns, and promoting a business friendly municipal government.

Mark, who has 30 years of experience in the construction and interior finish industry, resides in Warminster with his wife of 20 years, Erica, and their son Jack.

This page is for requesting a Block Party in Warminster Township. Unless there is a conflict, approved Block Party Forms will be forwarded to the Public Works Department, Police Department and Office of the Township Manager. Please complete the form with as much information as possible. By submitting this form, the applicant agrees to waive and hold harmless Warminster Township from all claims, liability, loss, damages and injury which may result from this event. If you have any questions, feel free to contact the Parks and Recreation Department at 215-443-5428.

Thank you for your cooperation.

Any work requiring a permit started before permit is issued will be subject to permit fee being DOUBLED.

(Each plan, sketch, preliminary or final constitutes a separate application)

Consultants and Construction Inspections - Note: Warminster Township may call upon the services of consultants for legal and engineering purpose or other consultants as it may deem necessary incidental to the examination of a subdivision or land development plan and/or inspections of the project. The applicant shall bear the costs in connection with these reviews plus a five (5) percent administrative charge to be added to all consultant fees. These costs to be deducted from escrow account. Any unused portion of the escrow account shall be returned to the applicant. A balance of the escrow amount must be paid at each stage of plan approval to bring escrow amount up to the required amount on this schedule. This additional escrow amount shall be paid when requested before further review of the proposed development or issuance of building permits, Certificate of Occupancy or Use & Occupancy. Note: An approved plan may require an additional escrow account to be established as determined and set forth in an improvement contract.

► Use and Occupancy Certificate

The Manager is responsible to the Board of Supervisors for the proper and efficient administration of all responsibilities and diligent execution of all authority and duties of administration, for directing the daily operations and achieving the established goals and objectives of the governing body. 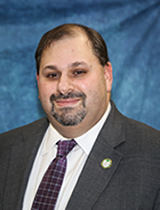 Gregg was appointed Township Manager of Warminster on May 23, 2016. His career in municipal government began as First Selectman, and Chief Executive Officer, of Colchester, CT. He then served as Township Manager for Pocono Township in Monroe County. Prior to entering public service, Gregg held private sector positions in both the satellite telecommunications and insurance industries focusing on business operations and project management. Gregg is an ICMA Credentialed Manager candidate and has graduated from the ICMA Williamsburg Leadership Institute and the ICMA Senior Executive Institute.

Gregg has a B.S. in Business and Economics from Lehigh University and an MBA from the University of Connecticut. He also holds a Municipal Leadership Certificate in Organizational Leadership from Penn State Abington. In his spare time, Gregg is a private pilot and loves to fly around the area. He also is a Level 1 USA Ice Hockey Coach and coaches local youth hockey.

Gregg and his wife Faith have two young children.

Amanda Zimmerman joined Warminster Township in September 2016 as the Assistant Township Manager. Amanda has a Masters in Public Policy and has worked in municipal government in various roles since 2011. Prior to joining Warminster, she was the Assistant Township Manager for Worcester Township where she oversaw land development and parks and recreation. She has also worked for Hatfield and Haverford Townships in their park and recreation departments. Amanda is mainly responsible for overseeing the daily operations of land development and the Department of Licenses and Inspections. She hopes to use her experience to streamline and continue the modernization of the operations in the Department of License and Inspections and efficiently guide land development projects through the process. Amanda is looking forward to working on many different projects during her time here and working with the various boards and commissions.