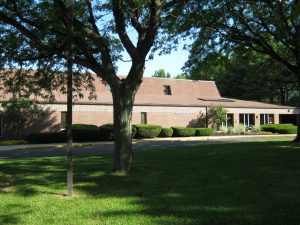 The Warminster Township Free Library is an independent Community Public Library and part of the Bucks County Library District. The Library presently has a 7-member advisory board and is governed by the Township of Warminster. Today the Warminster Township Free Library 6 days a week, welcomes 130,000 visitors, has a collection of over 65,000 print materials and over 150,000 electronic items, offers 300+ programs/year, and circulates over 225,000 physical items.

Mission
To inspire lifelong learning by providing a safe and welcoming environment with access to technology and resources for everyone.

History
The Library was founded in 1960 by the Federated Women’s Club of Warminster and housed in a room of the Township Administrative Building with a collection of 2,000 volumes collected from the community. The library was open 10 hours/week from 1962-1964, and moved twice between 1965-1970. The first was into a farmhouse at 265 W. Street Rd and then to a ranch house at 380 N. York Road.

In September 2012, the Library became a Department of Warminster Township.

In 2017, the Library increased hours and added Sundays.

The Library is a proud Gold Star PA Forward Library. Please watch this video to see all that PA Forward has accomplished in libraries throughout the Commonwealth. 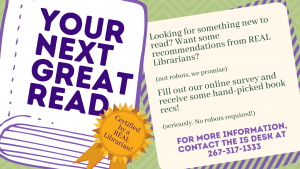 Find Out How You Can Support the Library! 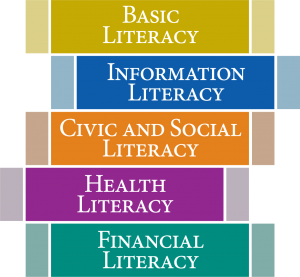 ©  2022 Warminster Township.  All rights reserved.
Sign In
Powered by NuCitrus

About Us Budget Information
Scroll to top